At the time of writing, I'm on a field near a salt marsh, on a command line text editor on my server.

This is possible thanks to the developers of the application ISH on iOS and iPad OS : 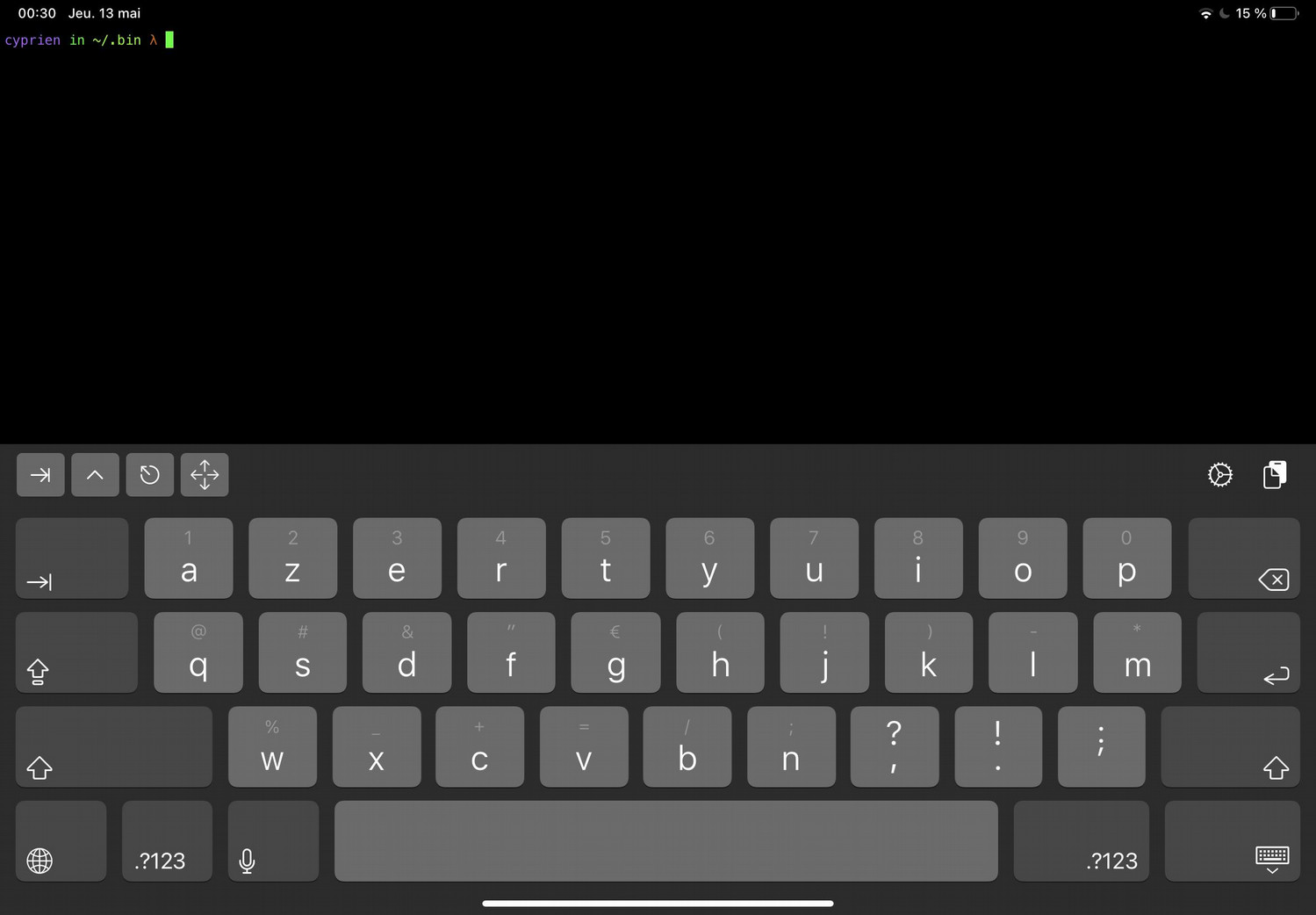 iSH is an alpine linux embedded on an ios application. You can find it on the apple store like any application.

Alpine linux is a lightweight linux distribution focused on security.

It has a package manager called apk, with which you can install packages like any linux distribution.

Before it was released, it was a testflight application (a test version, not a release) with a limited number of users. Since its public release, the number of allowed users is unlimited.

If interested, here is a link to the app store